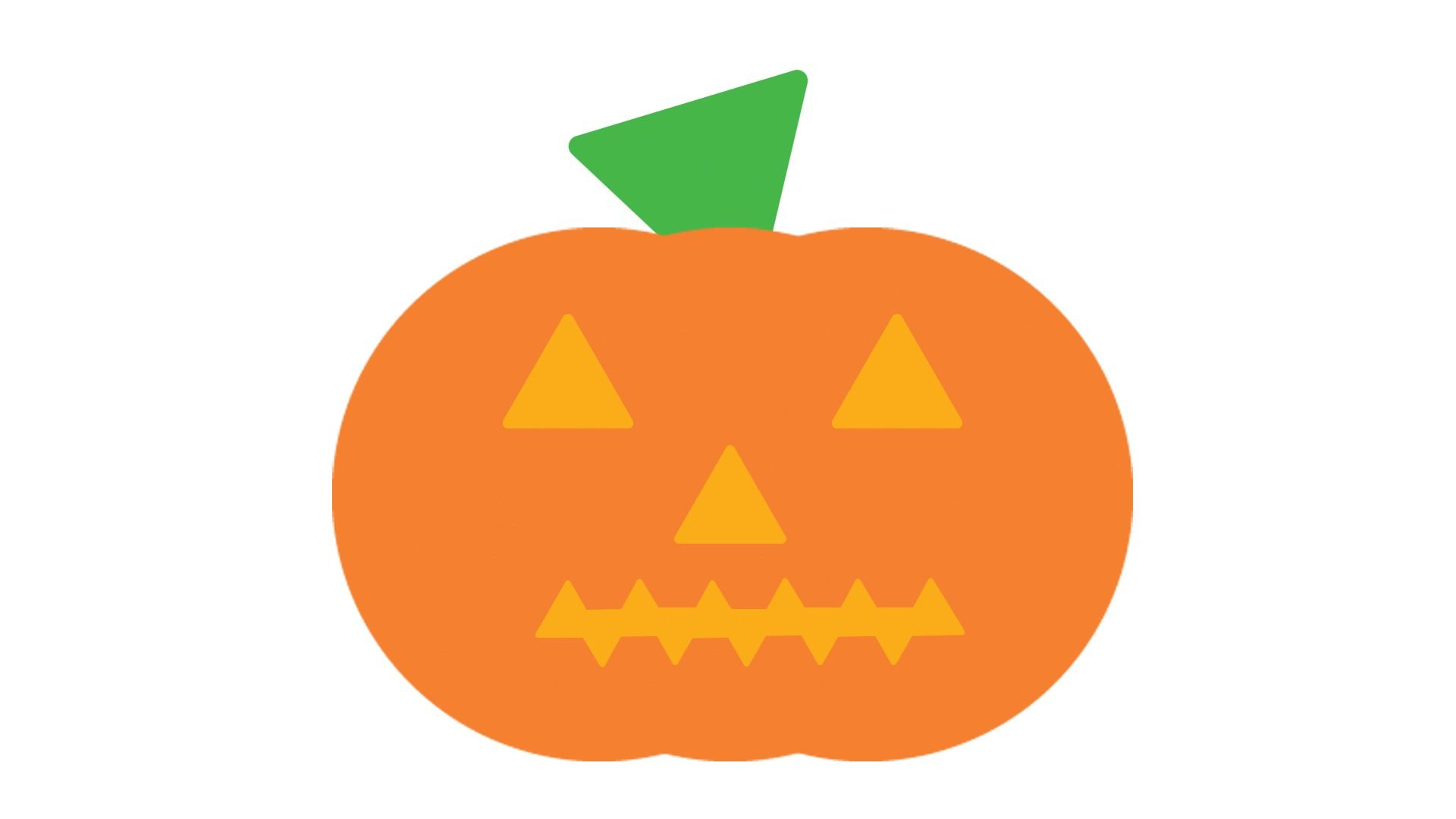 Looking for a spooky family friendly film to watch as you enjoy all of your Halloween treats? Whether you’re looking for a U rated film full of funny Halloween jokes, or you want to introduce your young teens to something slightly more spine-tingling, this list takes you all the way from U to 12 with lots of Halloween suggestions for your next movie night. 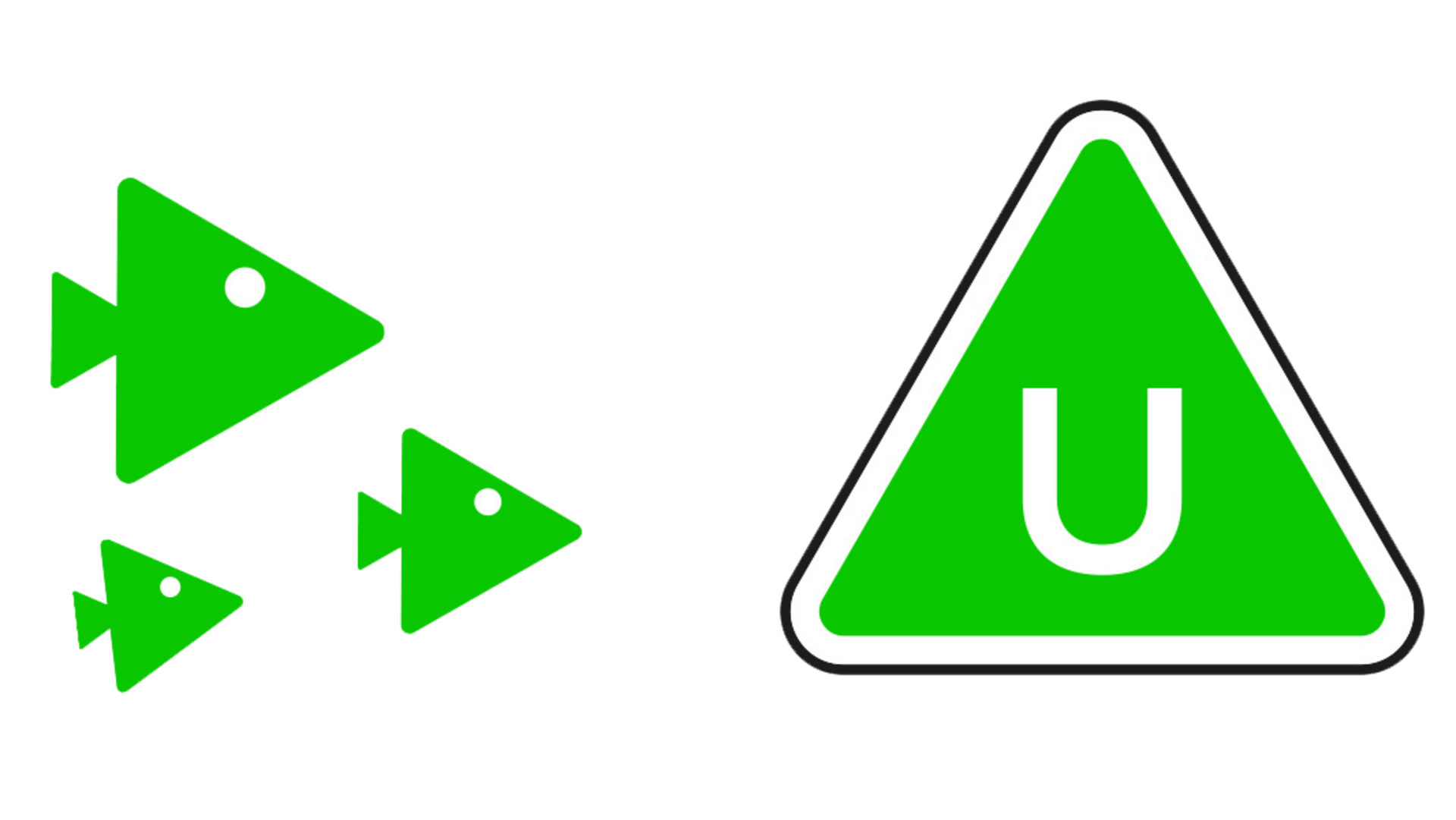 U, Contains no material likely to offend or harm

Room On The Broom

U, Contains no material likely to offend or harm

Room On The Broom is a children's animated drama in which a witch and her cat go on a flying broomstick ride. 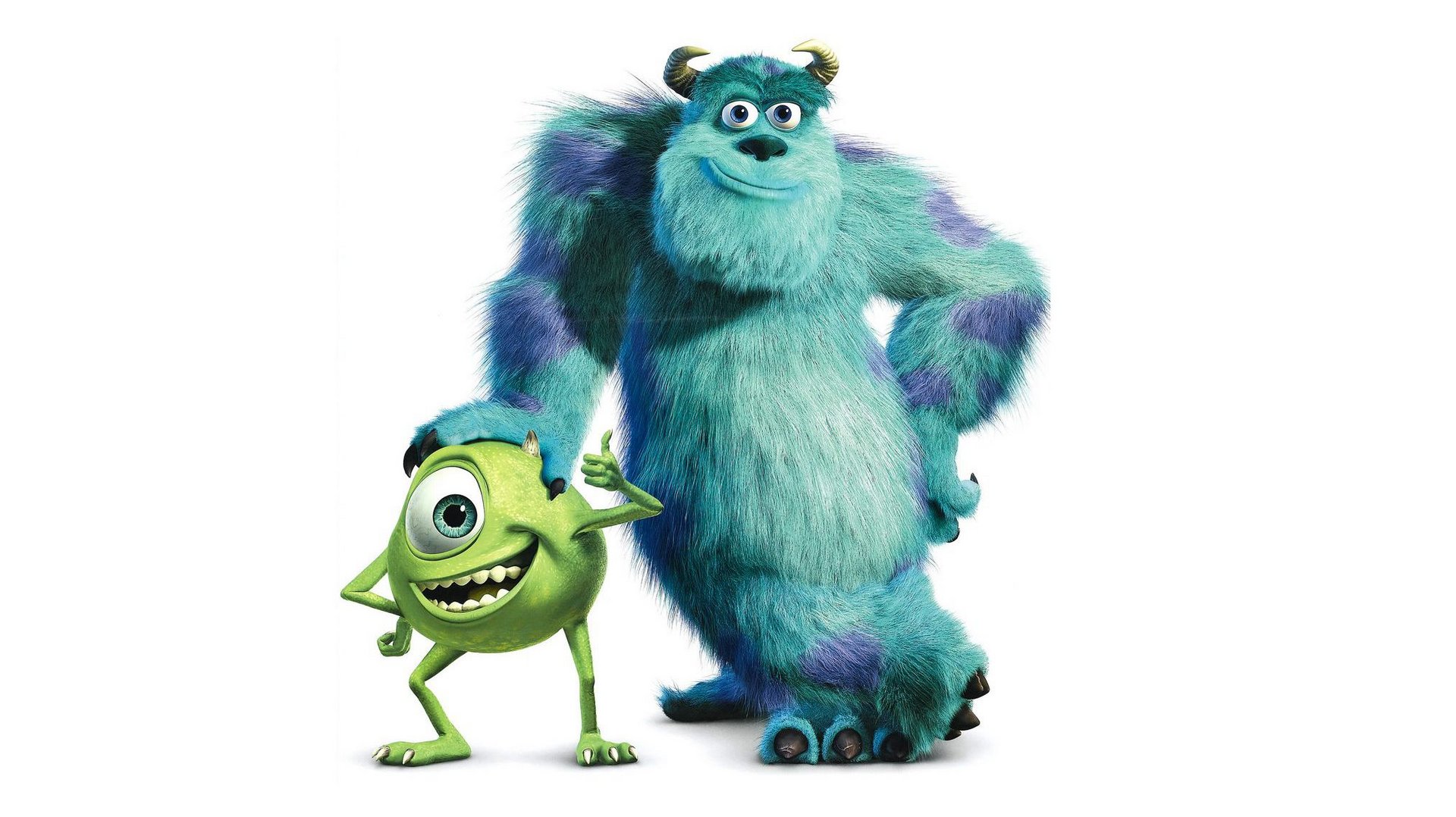 Monsters, Inc. is an animated adventure in which monsters need to collect children's screams to power their world, but when two monsters befriend a lost human child they try to get her safely home.

Violence
In one scene the villain turns invisible and starts hitting a hero monster, but to onlookers he appears to be comically jerking around.

There are scenes in which colourful monsters 'scare' children, but these moments are not intended to actually scare young viewers. Chase sequences place an emphasis on excitement and humour rather than threat, and while the child character is occasionally scared of the villain the heroes are there to protect and comfort her. In a couple of sequences, characters are threatened as they are put into the seat of a machine which tries to extract their screams by sucking them out through their mouths, but human girl is quickly saved when confronted with the machine.

Wallace & Gromit: The Curse of the Were-Rabbit 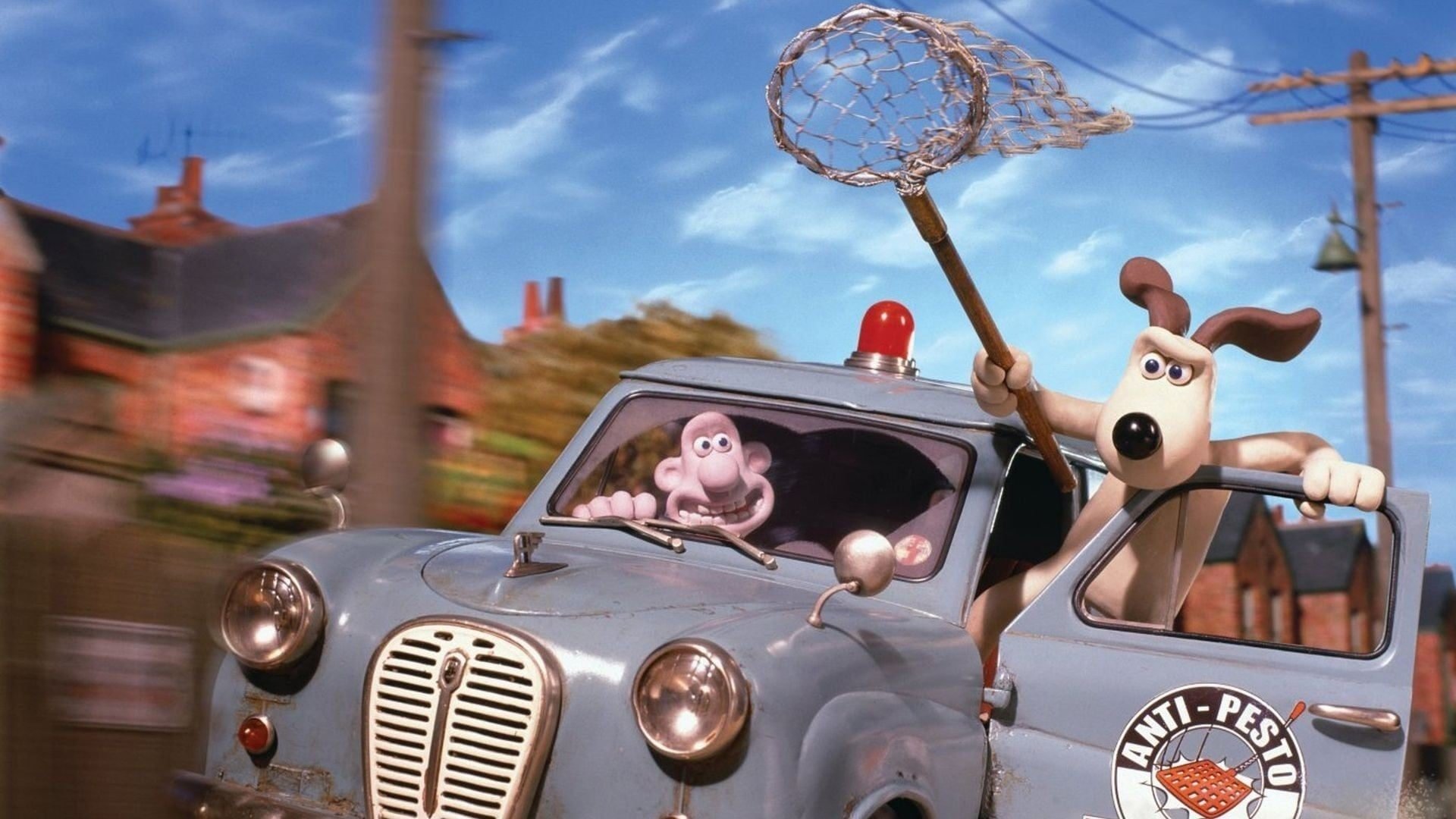 Wallace & Gromit: The Curse Of The Were-Rabbit is an animated comedy in which the eponymous heroes must save a village which is being overrun by rabbits.

Language
The film contains infrequent very mild bad language, some of which results from wordplay. This includes a policeman making a joke about arson ("This was arson, one of you lot arson around") and a comic use of "Kiss my artichoke". At one point a character says "What the f...", but the word stops after the initial 'f' sound.

Threat and horror
There are a number of comic scary scenes, although these are brief and balanced by reassuring humour. The 'were-rabbit' itself only threatens vegetables. There are some mild action sequences, including sight of a villain wielding a gun. However, any violence is slapstick in style and nobody is harmed. Even when a character appears to be about to die, he is quickly revived.

There are a few moments of mild sexual innuendo, including women holding round vegetables in front of their breasts, but these are entirely comic and silly. There is also some mild rude humour, including belching. 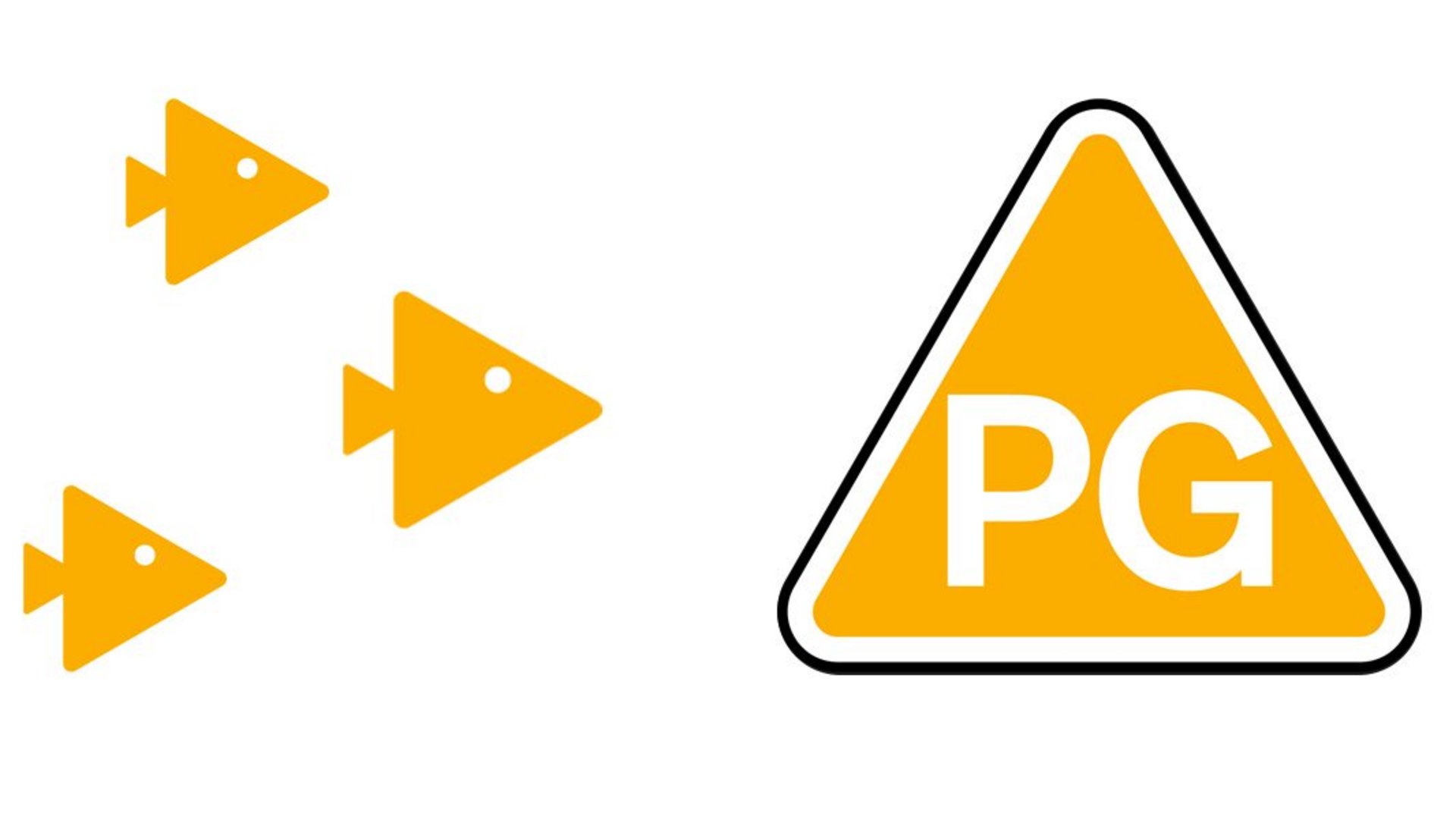 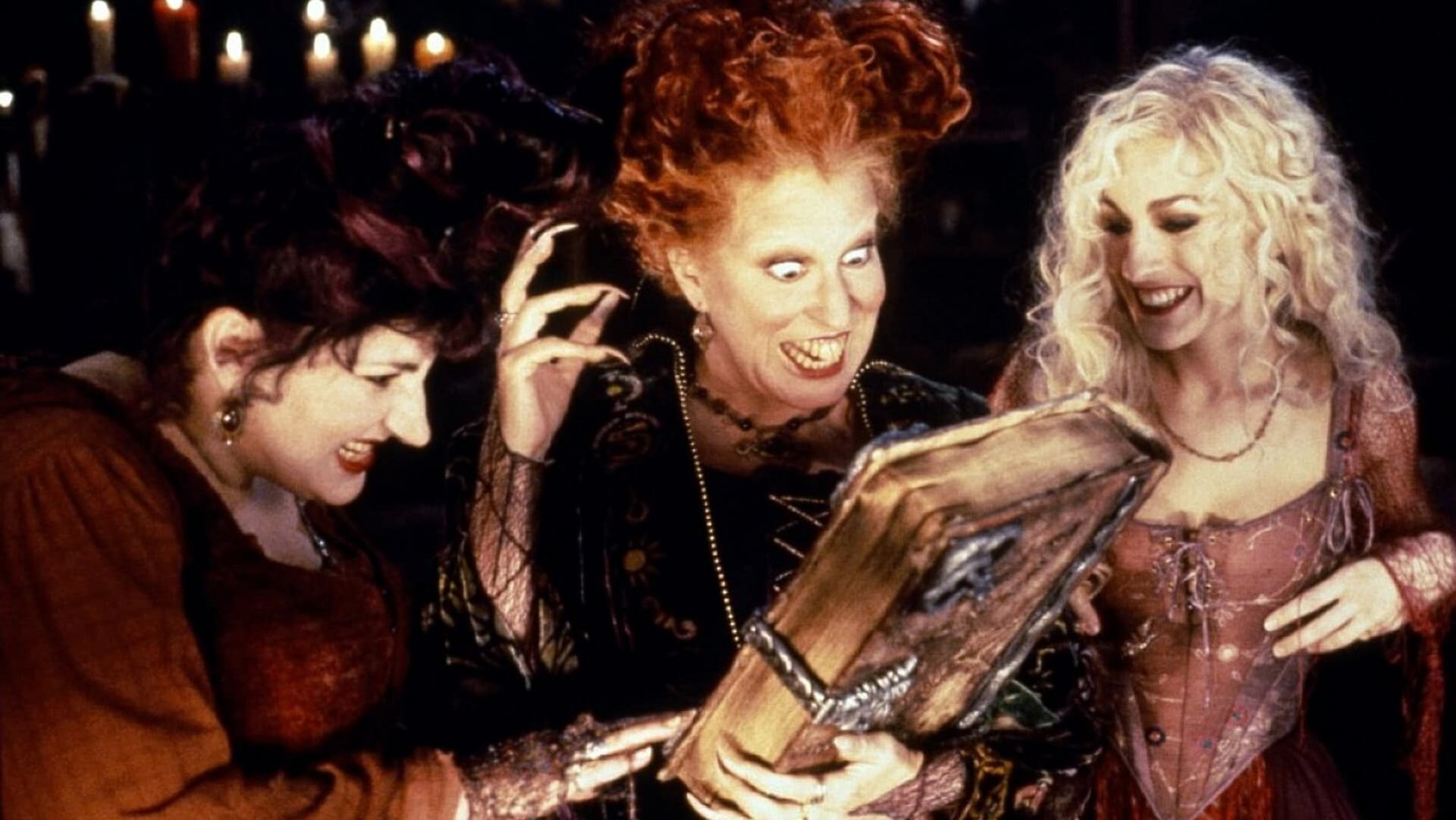 Hocus Pocus is a 1993 fantasy comedy in which three witches return to Salem three hundred years after their execution.

Threat and horror
A young girl is briefly menaced by witches. A zombie arises from a grave and briefly menaces a group of children. A zombie uses a knife to unstitch his mouth. There are also scenes in which children and teenagers are lured to the witches' house by supernatural means.

Violence
There are brief scenes of comic violence, including a scene in which a zombie's fingers are severed, and another in which a talking cat is run over but subsequently makes a full and rapid recovery. There is a brief hanging scene in which three women are executed in the 17th century; detail is limited.

Sex
There are undetailed references to virgins. 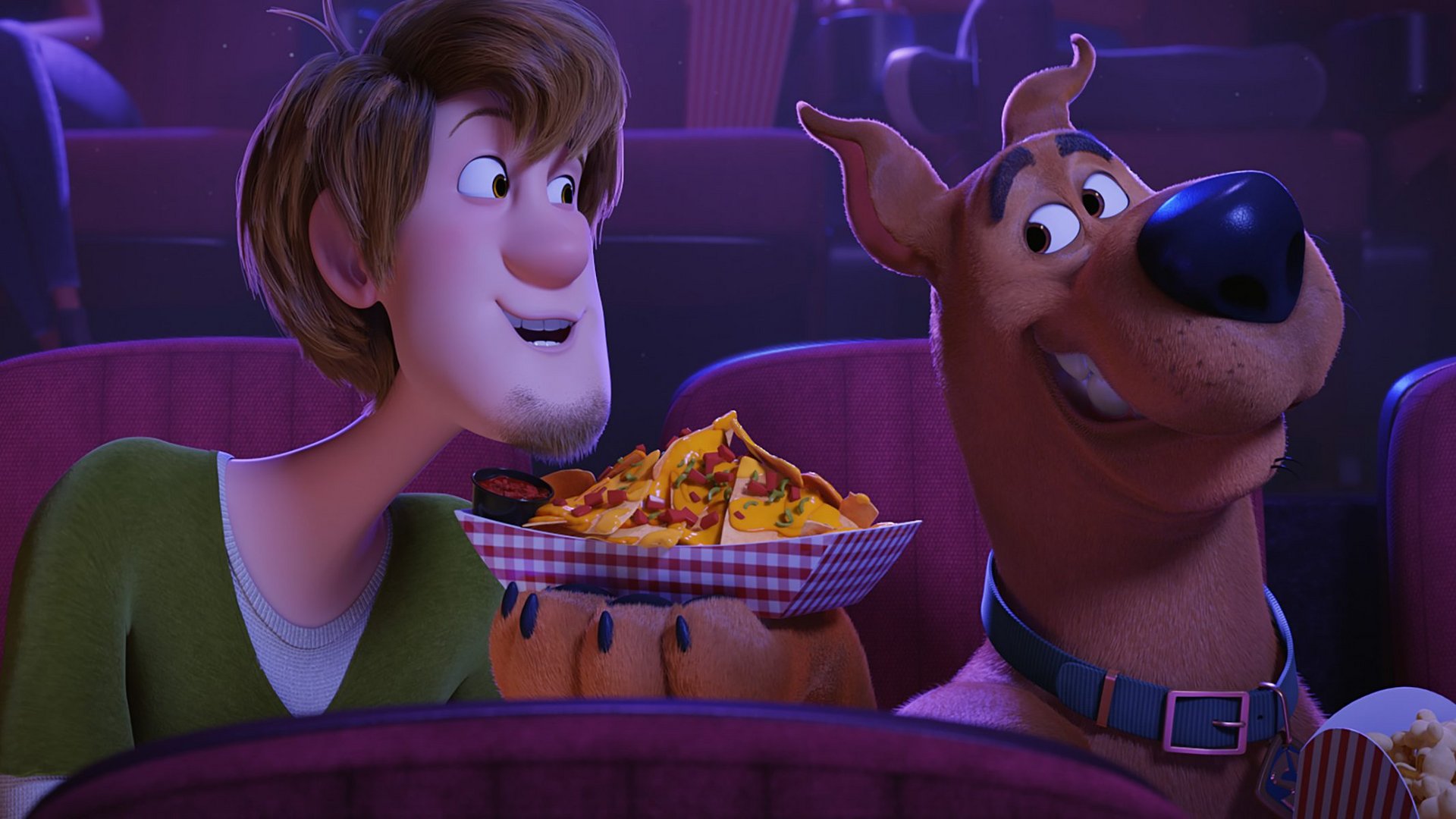 Scoob! is a US animated adventure in which Scooby and the gang must foil a plot to unleash the powers of the underworld.

Threat and horror
There are scenes of threat in which Scooby and the gang are pursued by villains, ghosts and robots, accompanied, at times, by mild gun threat. Such sequence are frequently broken up by humour and with the heroes never coming to any harm.

Rude humour
Suggestive humour includes a joke about mistaking Tinder for an app that delivers firewood, as well as Fred referring to "mixed feelings" after a person he was flirting with is revealed to be a man in disguise.

Language
There is mild bad language such as 'crap', as well as milder terms including 'butt', 'Jeez' and 'moron'. A man refers to using ‘F-bombs’, but it quickly turns out that he means superhero weapons called ‘Falcon bombs’.

There are scenes of very mild violence, usually involving robots, which are largely comic in tone. 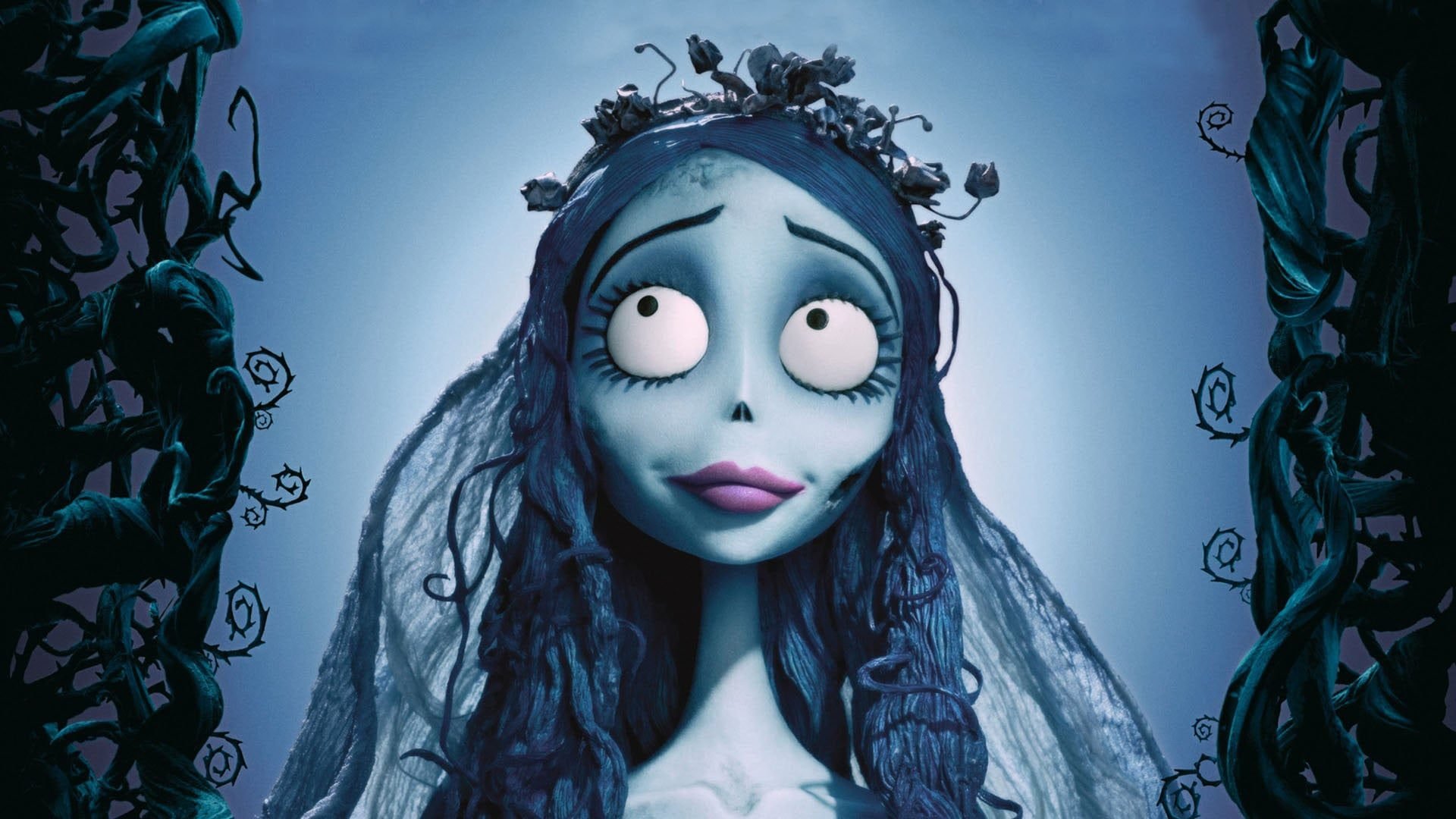 Tim Burton’s Corpse Bride is a animated musical horror in which a young man accidentally marries a reanimated corpse.

Threat
There are occasional scenes of mild horror, although these are presented as morbidly fun rather than frightening. Examples include a corpse whose eye repeatedly drops out of its socket, and friendly ghosts and skeletons who reveal the manners of their death, such as swords protruding from their chests. Although there are brief 'jump moments', the horror imagery is balanced with humour and songs. 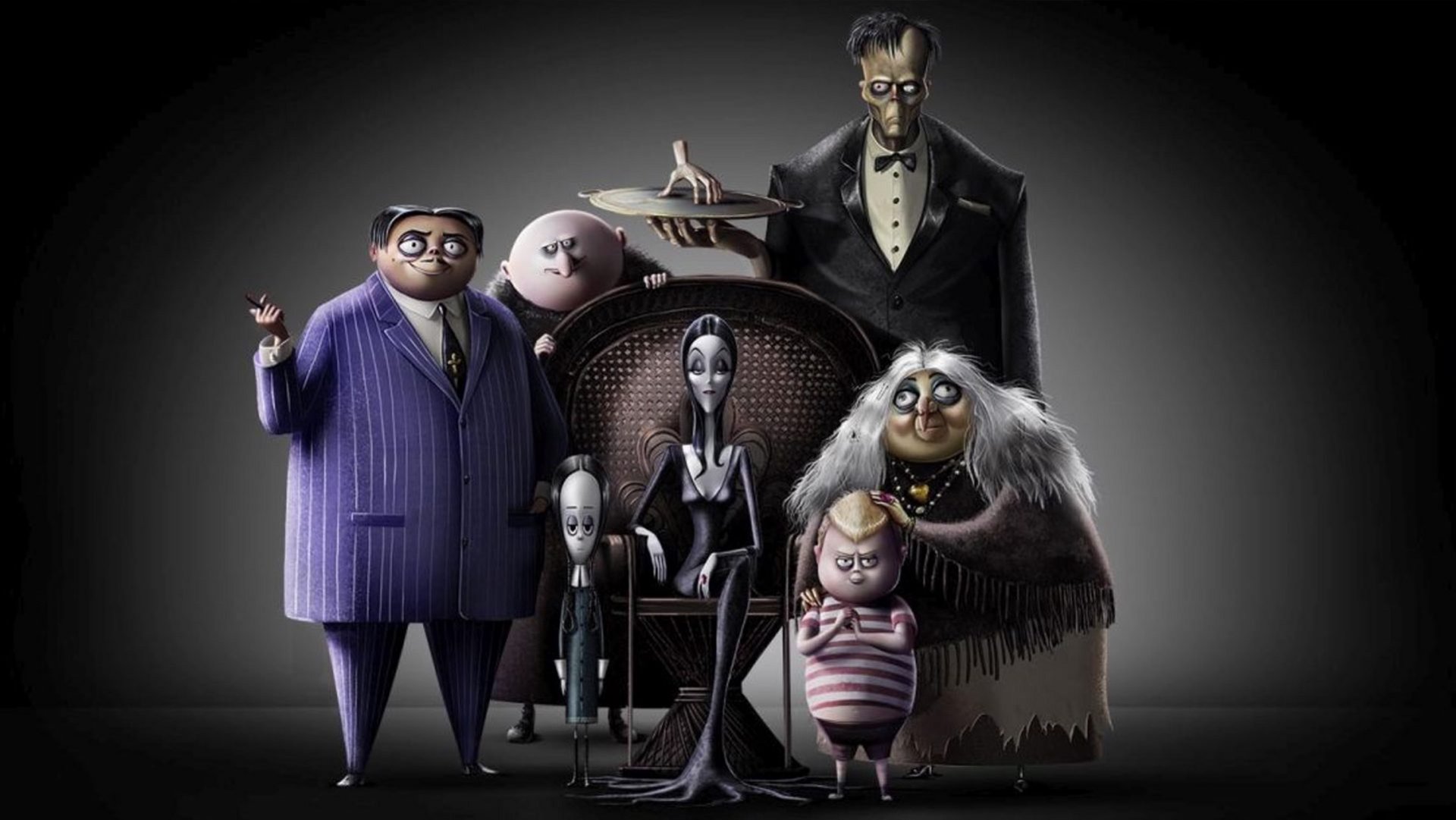 ​​​​​​​The Addams Family is an animated comedy in which a family of ghouls move into a new neighbourhood.

Threat
There are mild comic scares and threat, with the members of the ghoulish family firing crossbow bolts into each other, playing with explosive devices, being taunted by a ghost who resents their presence in the house he haunted alone and who tries to behead one of them with a window, and being attacked by a mob of humans carrying torches and pitchforks. No-one comes to harm and the threat is played strictly for laughs. In other scenes, the family matriarch uses funeral ashes for make-up and a sister buries her brother alive.

Language
There is mild bad language comprising a use of ‘pimp’ in the lyric of a song, but this has no sexual connotation. Very mild bad language includes uses of ‘God’.
The familiar ADDAMS FAMILY figure of a disembodied hand looks at pictures of feet on a laptop, and other examples of very mild rude humour includes the use of a magic spell which causes men’s trousers to fall down, and a woman who refrigerates her underwear. 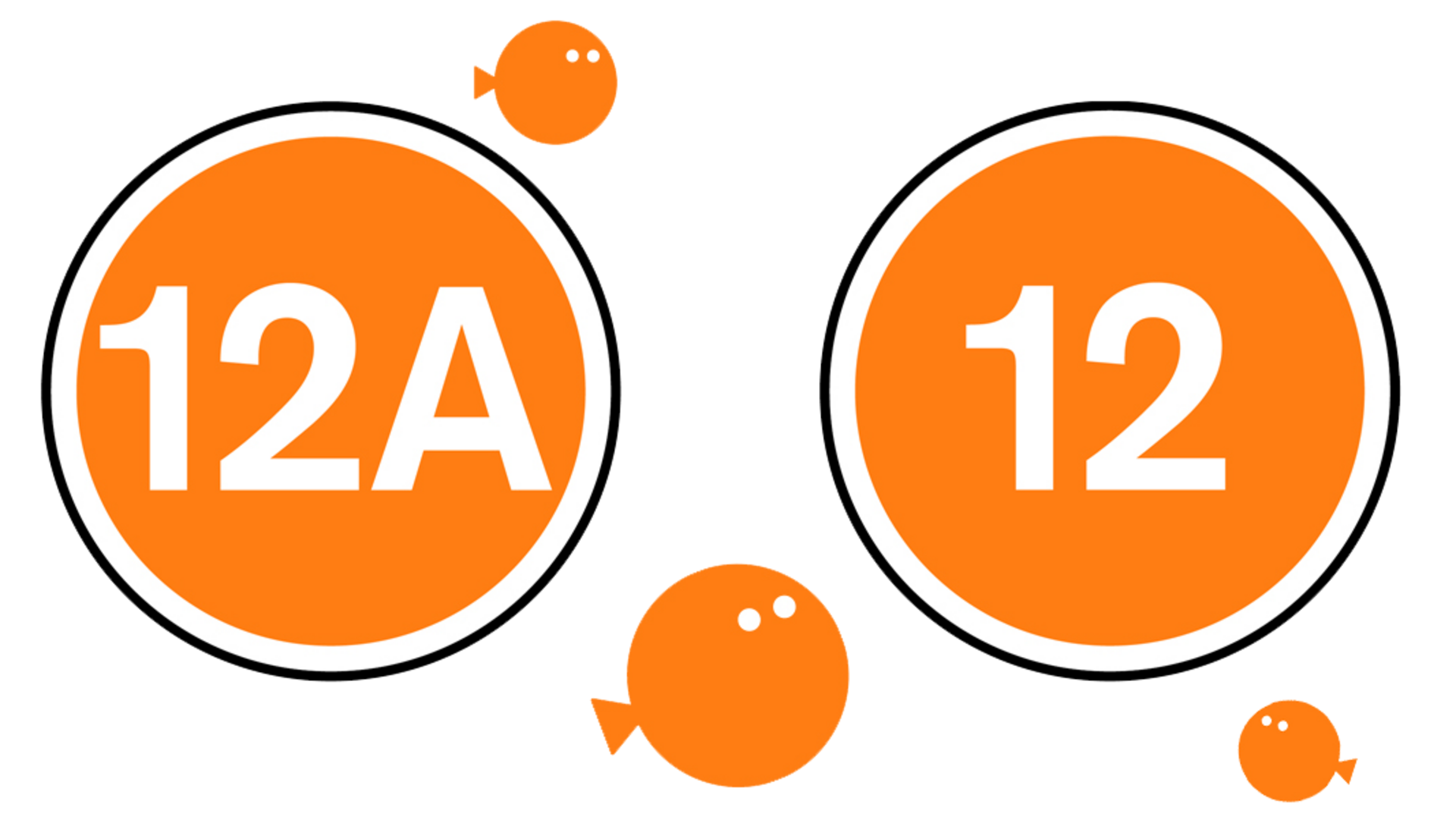 The House With a Clock in Its Walls 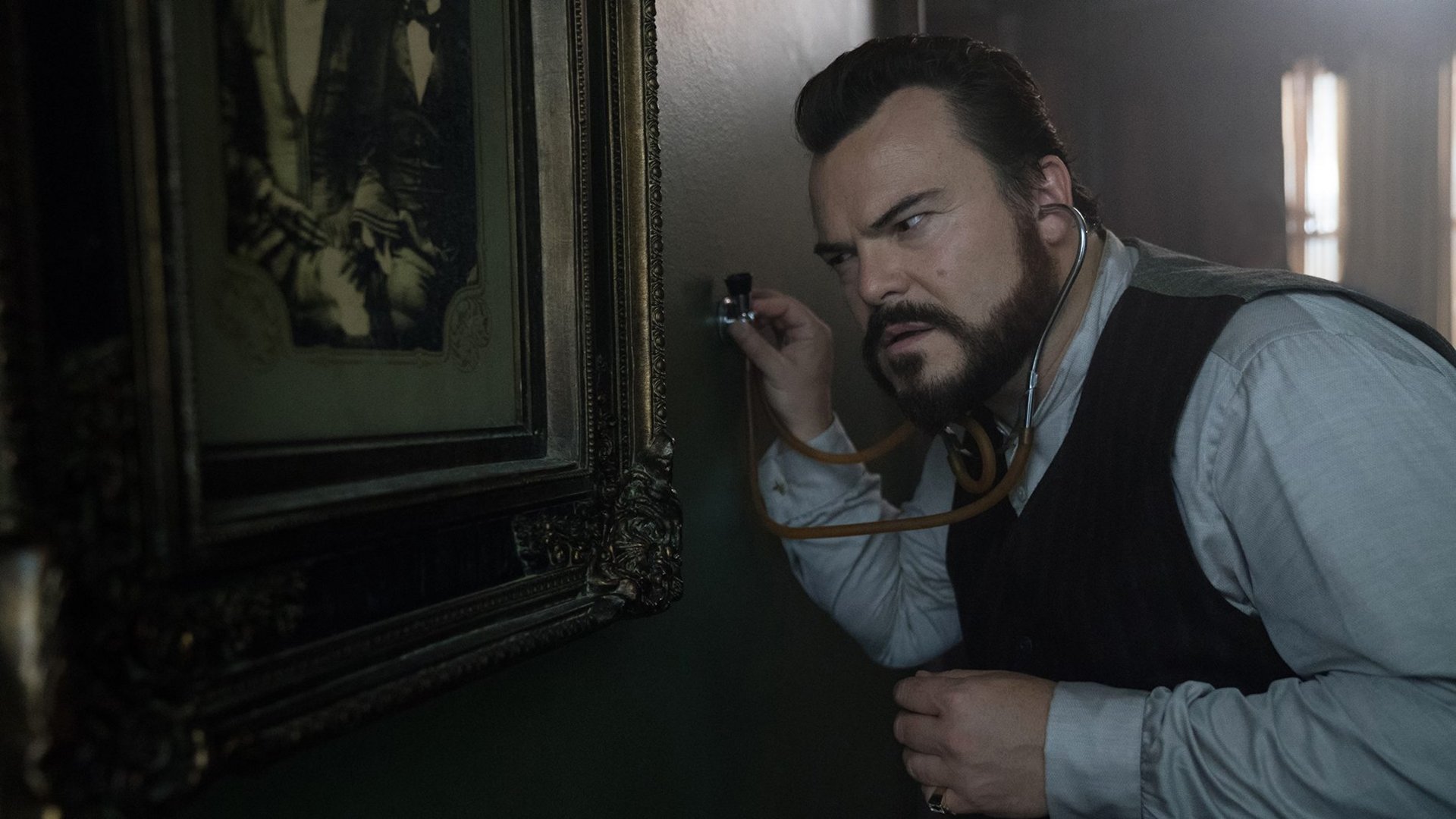 The House With a Clock in Its Walls is a fantasy adventure film in which an orphaned boy must help his warlock uncle uncover the mystery of the ticking clock hidden in his gothic mansion.

Threat
Scary scenes include one in which a man is raised from the dead using 'blood magic' and a flashback sequence during which he is seen to make a pact with a demon. There are various scenes in which the heroes are menaced by scary supernatural creatures including sinister puppets and slime-spitting pumpkins. 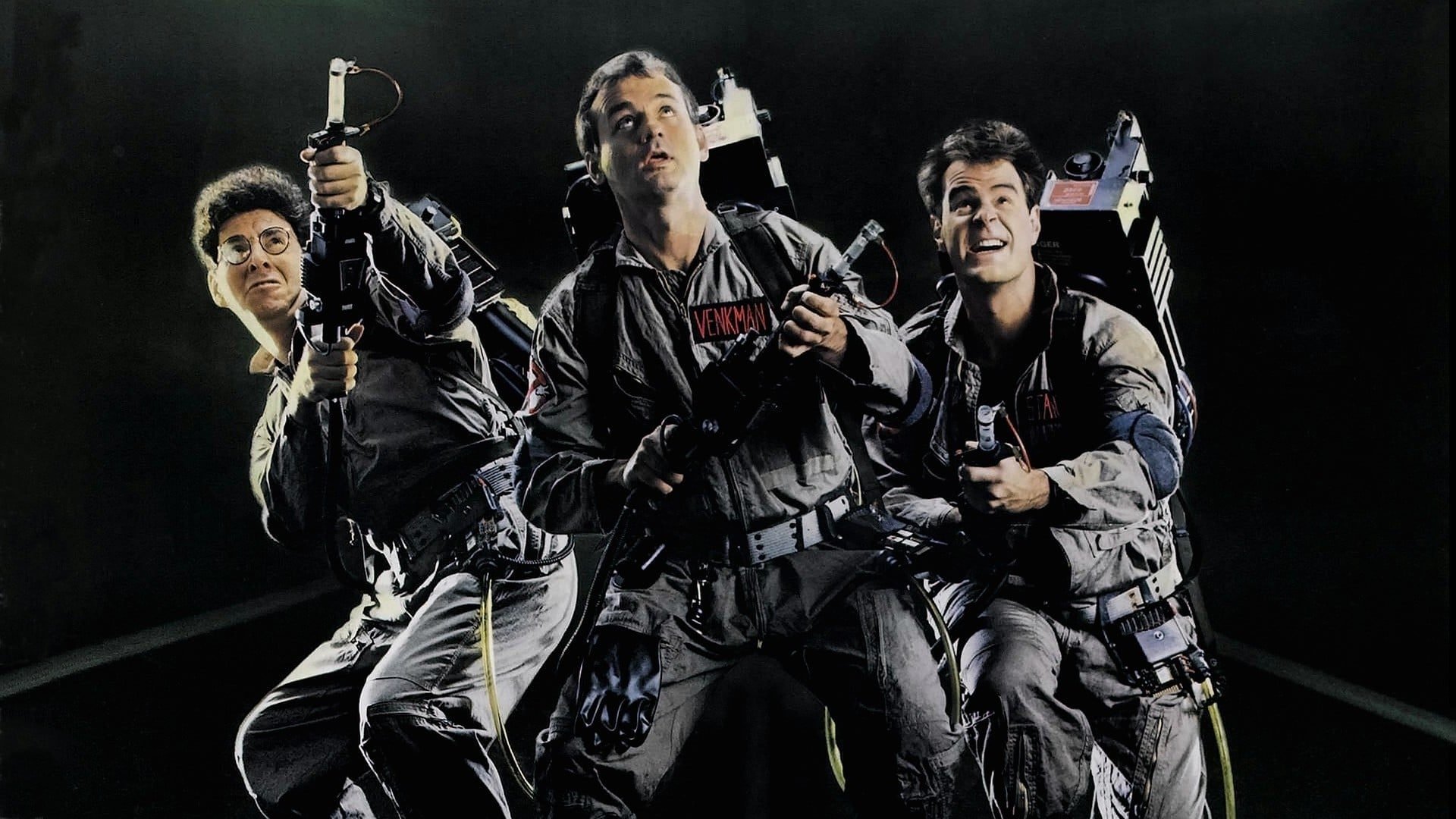 Ghostbusters is a comedy about a group of research scientists who go into business together hunting down ghosts and poltergeists in New York City.

Sex
Sex references includes a scene in which it is implied that a ghost is performing oral sex on a man. As the man's trousers and zip are unfastened, the camera moves to his face as he sinks back on the bed with his eyes crossed in pleasure.

There are scenes of mild horror as ghosts threaten the city, with scary faces looming at the camera. 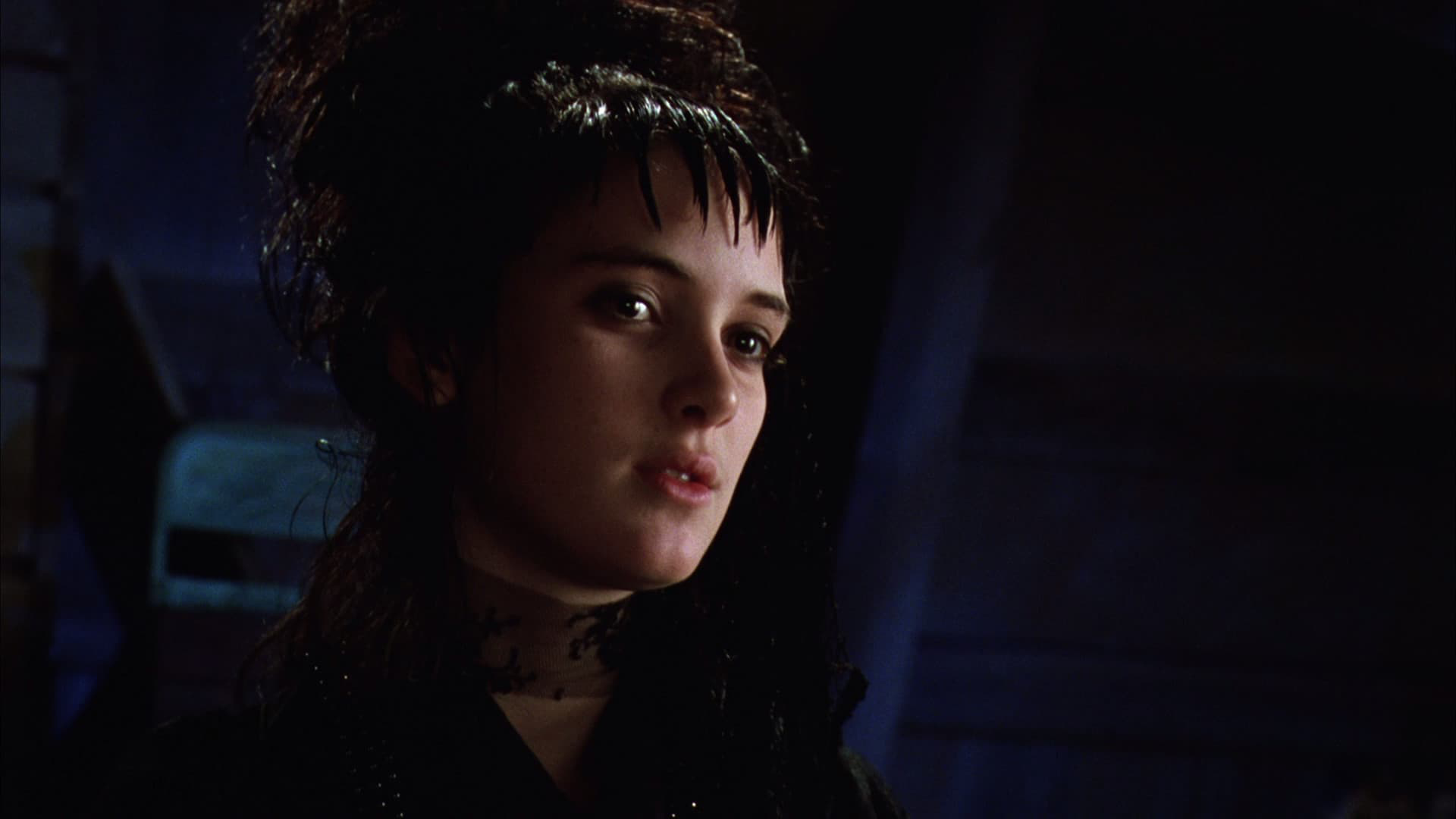 Beetlejuice is a US horror comedy, from 1988, in which a recently deceased couple engage the services of a maniacal spirit to rid their former home of its new owners.

Threat
Moderate horror includes sight of a spectral woman pulling off her face to reveal her skull and dangling eyeballs, and a scene in which a dead woman holds her decapitated head in one hand and a bloody knife in the other. Grotesque characters talk about the ways in which they died.

Sex
Moderate sex references include a scene in which women flash their cleavage outside a building emblazoned with a “Girls. Girls. Girls.” sign, and verbal references to "weird sex" and a whorehouse.

Suicide
A dead woman is seen with scars on her wrist. There is a scene in which a dead woman pretends to hang from a noose. A teenage girl writes a suicide note, although this is undetailed. There are also passing verbal references to suicide. 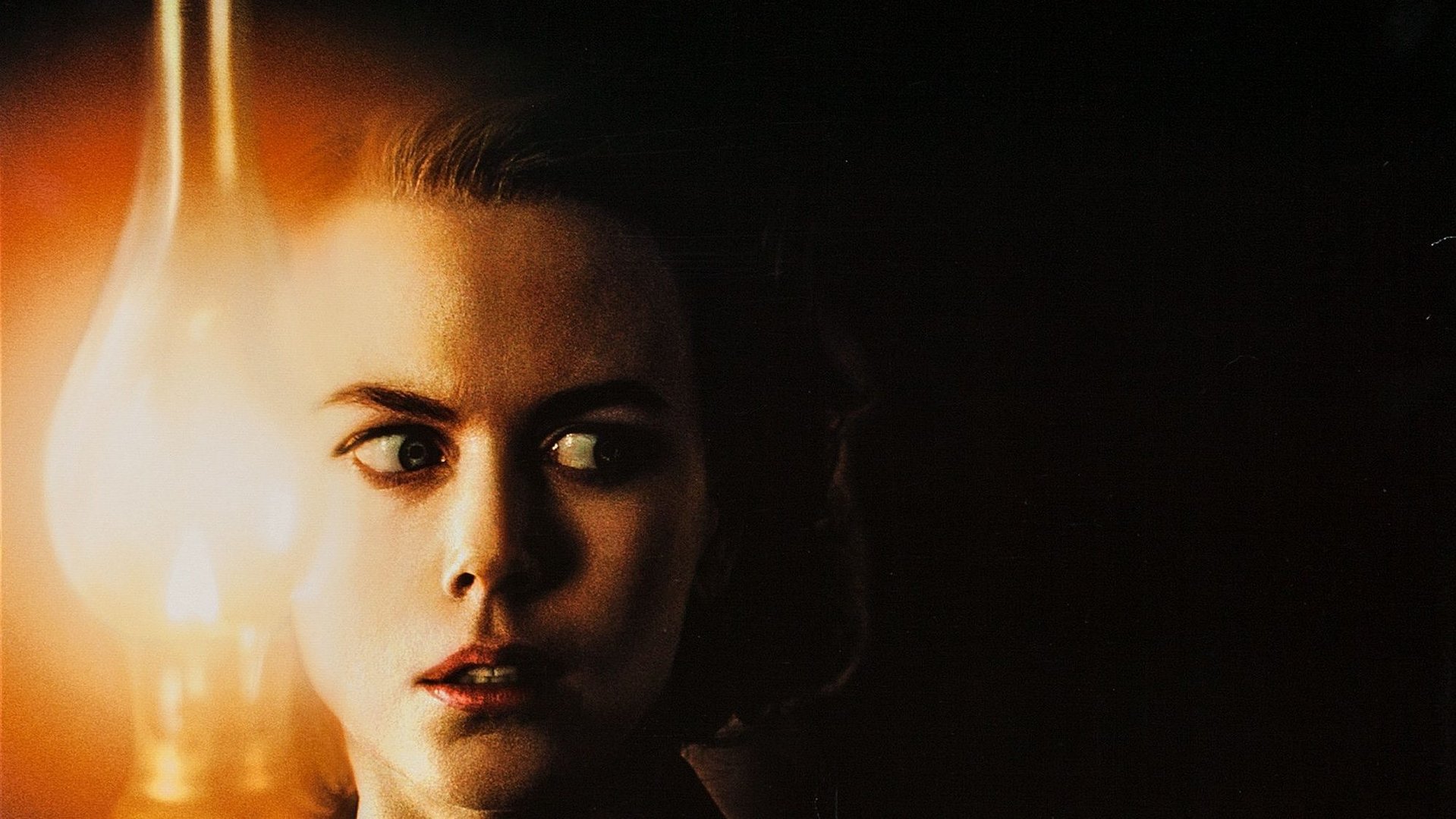 ​​​​​​​The Others is a gothic horror film about a woman, and her two photosensitive children, who begin to suspect that their large deserted mansion may be haunted.

Threat
There are scenes of psychological horror and threat as a woman begins to see and hear supernatural apparitions. The scenes are intense and scary but they are not particularly sustained. Occasionally, the threat is directed at children.

There are discreet references to suicide and infanticide, as well as to the deterioration of a woman's mental health. Very mild bad language includes uses of the term 'damn'.